There is just few bands playing progressive rock in Russia. So, the band speciailzed on the very classic of this genre, can be considered unique.

The new project of Nikolay Arutunov — Arutunov and Quorum — was founded in the year 2014. At first look, the turn to progressive rock is quiet sudden for a singer primarily involved in Soul music (Funky Soul), Mainstream Rock (Arutunov’s Thursday) and Blues (Blues League). However knouledge of music and great love for progressive rock allow singer of that level feel himself pretty free in this music as well. 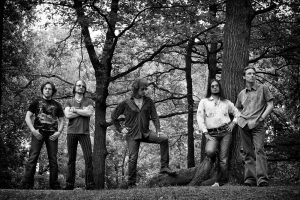 In this project Nikolay sings with the band from Moscow, named Quorum leaded by keyboardist and composer Dmitry Shtatnov. This band, one of the best of the new generation of Russian “proggers”, plays since 2003 and has released two Russian-speaking progressive rock albums.

Arutunov & Quorum recreate the spirit of the British progressive rock of ’70s, when this genre experienced the peak of it’s power. The band performs songs from the repertoire of Emerson, Lake & Palmer, Manfred Mann’s Earth Band, Procol Harum, Caravan, Genesis, Pink Floyd and the others.

In January 2015, just after two month since the band had debuted, Arutunov & Quorum took a part as the headliner on the ProgDay festival, Moscow. 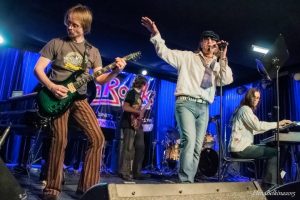